Written by Tasha Demkiw
Updated over a week ago

Membership charges for autopay enabled patients will automatically process on their payment due date. For all other invoices that you are manually applying payment to:

Record Payment By Cash or Check 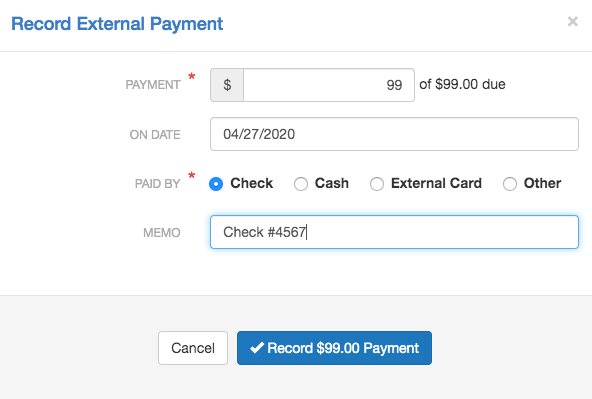 The Payment History section at the bottom of the invoice will display the amount paid on each payment source and will allow you to process refunds to the appropriate payment method.

Invoice status show up front and center on the invoice.

Invoices can have the following statuses:

Did this answer your question?